Are Emotions Our Enemies? 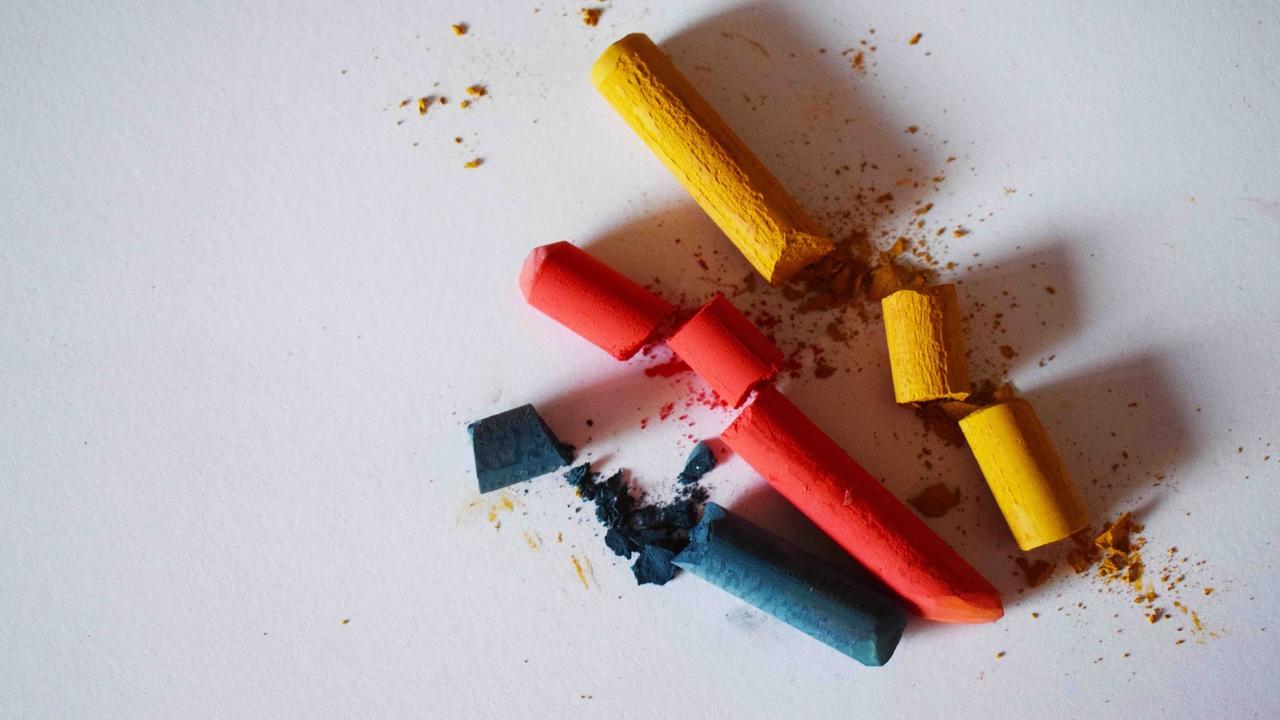 From an early age we are taught that emotions are inappropriate, embarrassing, something to be hidden.

To show great emotion is a kind of failure—a character flaw, even, as if your big emotions somehow make you not as strong as you should be. To be called “emotional” is an insult.

On the other hand, to be called “an intellectual” is a compliment. We are taught that intellect is king—that a human’s greatest asset is his or her ability to think rationally and logically.

We are told that there is nothing more important than doing well in school, and so, we grind away at homework—acquiring knowledge, learning how to think, and trying to improve our intellectual ability.

We are told that our emotions will prevent us from thinking clearly—that they should not be allowed to distract us from the task at hand.

How Do Your Kids Come Across to Others (& Does It Matter)? 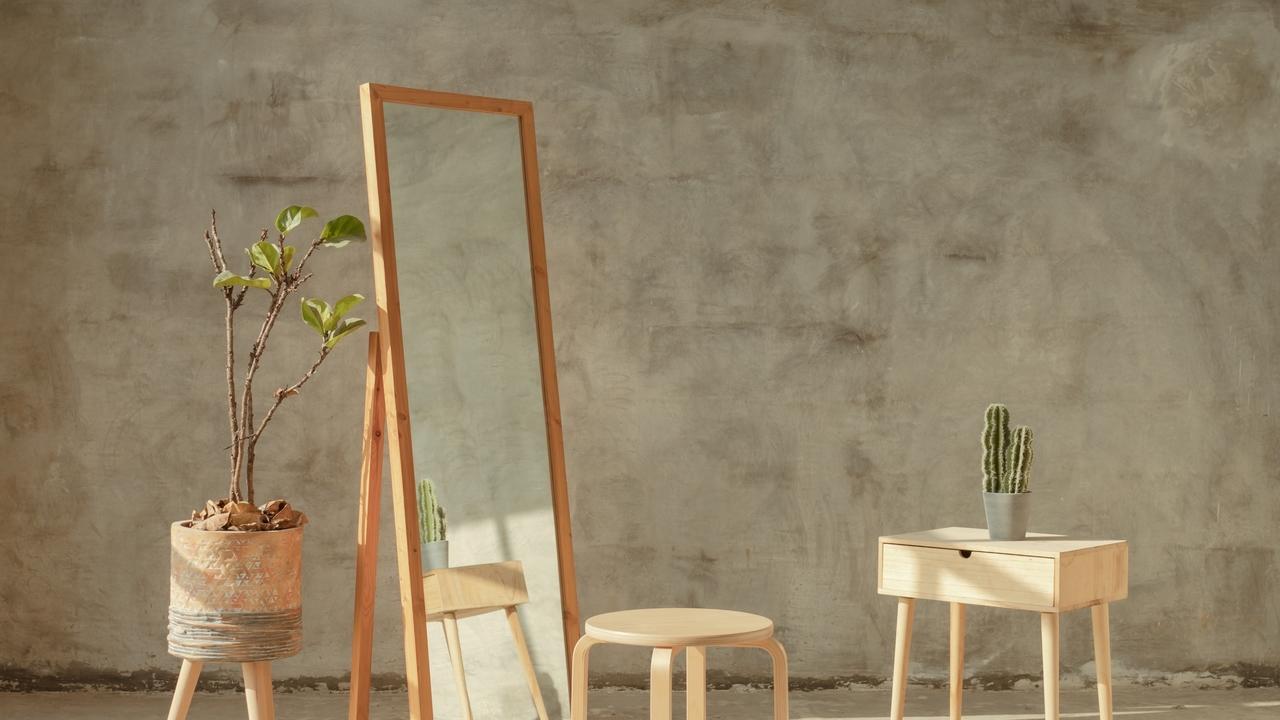 Plenty of people are surprised by how they come across to other people. Insecurity can come across as arrogance, shyness as aloofness, introversion as rudeness. We would all benefit from knowing the answers to a few questions about how we are received: 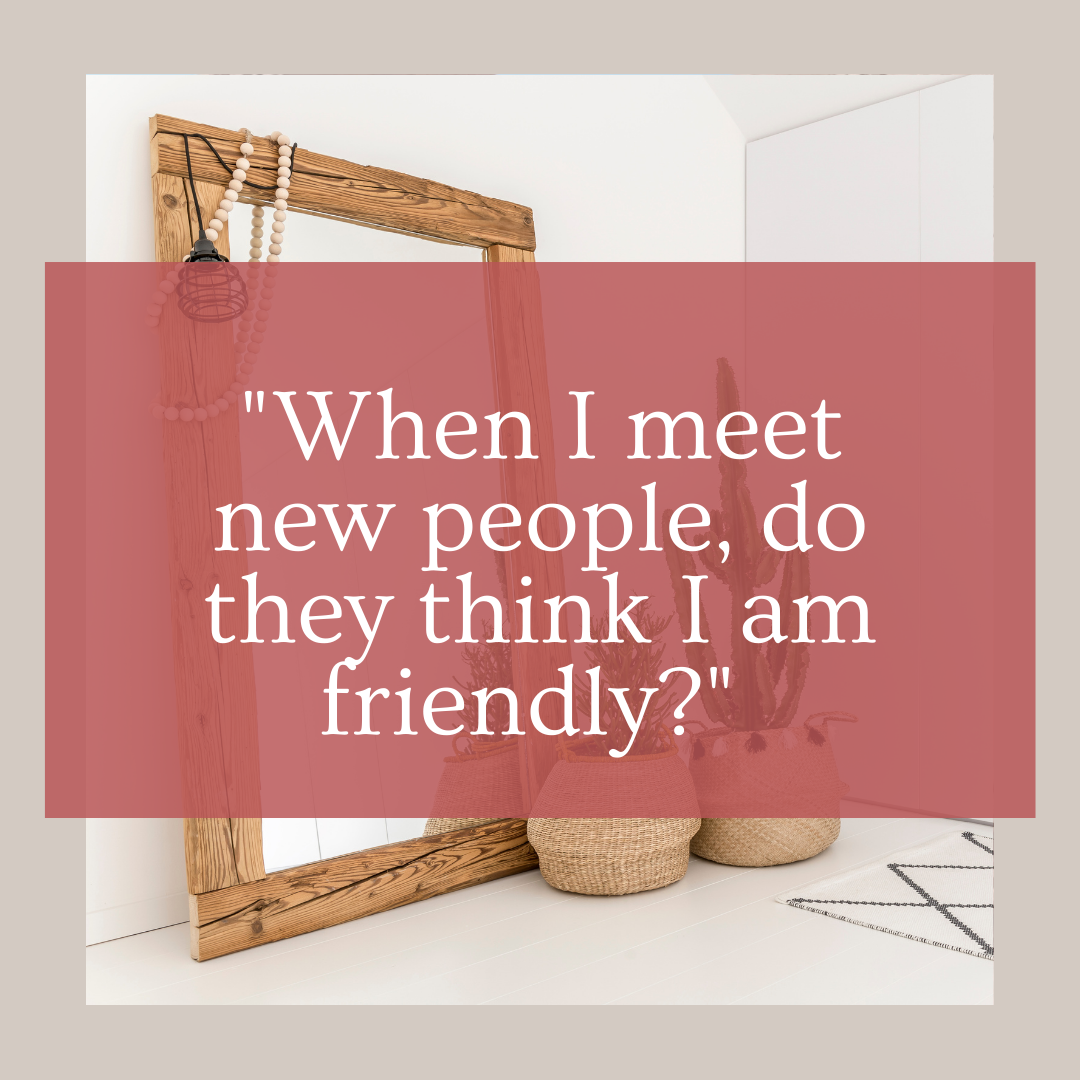 Your children should know how they come across to others, too, particularly as they become teenagers and then adults. When they think about how they are received by other people, they can decide whether they want to change...

Get Your Family a "Jar of Funny Consequences" 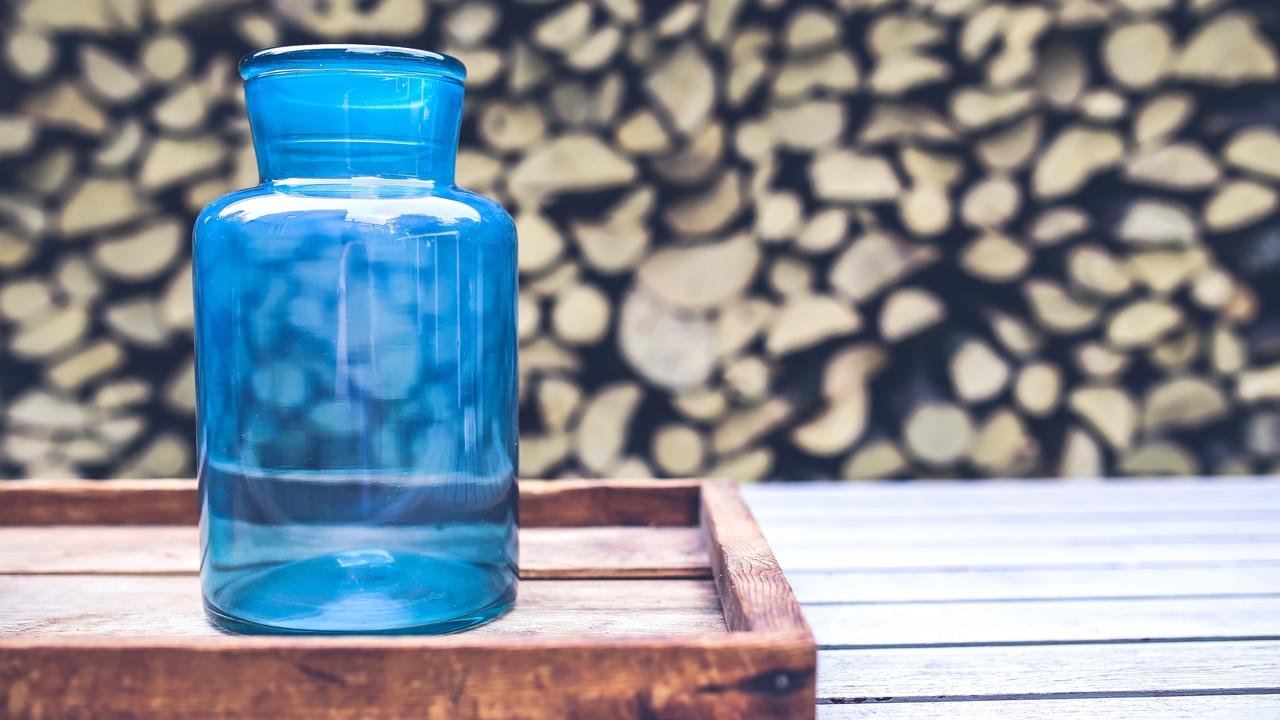 Are there certain little things around the house that just grate on your nerves? They aren't a big deal, really, but you get tired of hearing yourself nag your family members. Maybe your spouse leaves the sponge in the sink, and your daughter never closes the door when she's chatting (loudly) with her friends.
Truth be told, there are probably a few things your family members would prefer that you stop doing, too. Maybe they don't actually like it when you scream, "Mommy and Daddy love you!" at the top of your lungs when you drop them off at school.
In general, we are big proponents of eliminating artificial reinforcers and consequences and, instead, allowing people to develop real-world incentives for positive behaviors and experience real-world consequences for negative behaviors. This is how we raise resilient kids with self-efficacy. We don't want kids doing things just for the treat, nor do we want to scare kids into...
Continue Reading... 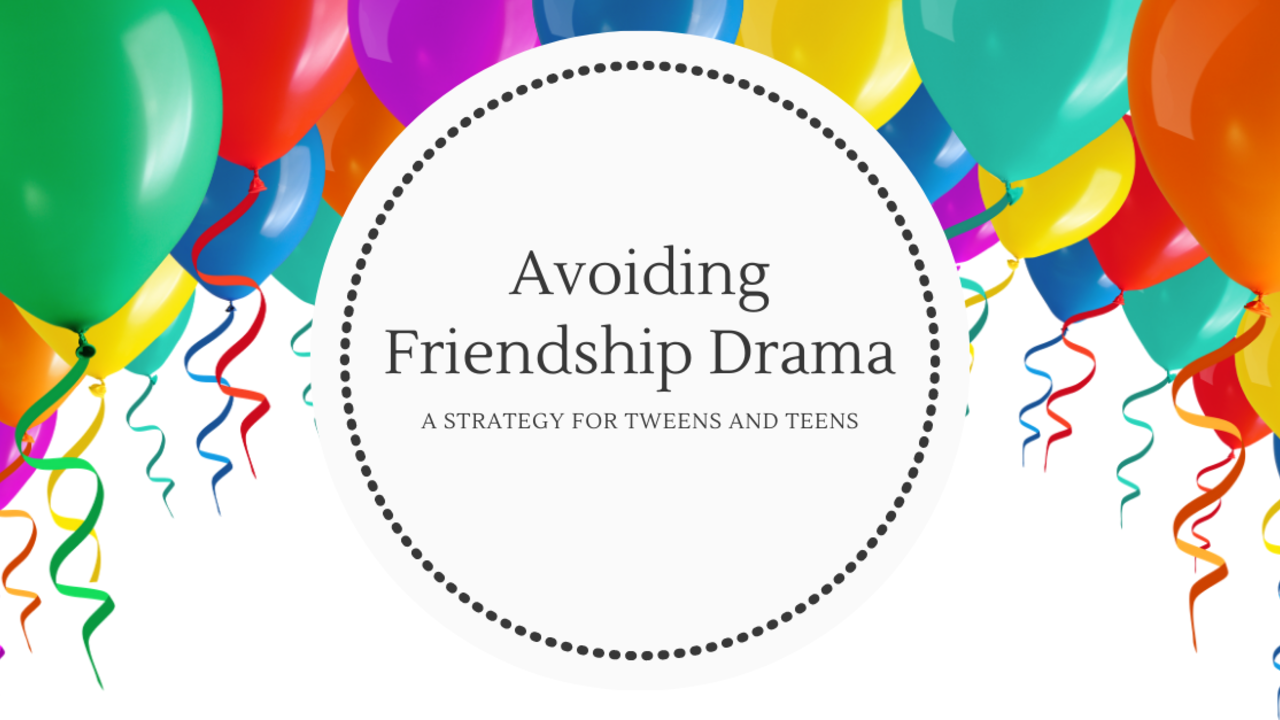 Teaching your kids to be floaters can help them avoid friendship drama.

When your children are floaters, the impact of friendships that drift-off is less devastating.

Floaters are also less upset when they are excluded from things. After all, they have other places to go, people to see, and things to do.

Being able to float in and out of social groups has the added...

"He Called Me Ugly"

conversations level with your kids what to say Sep 17, 2020 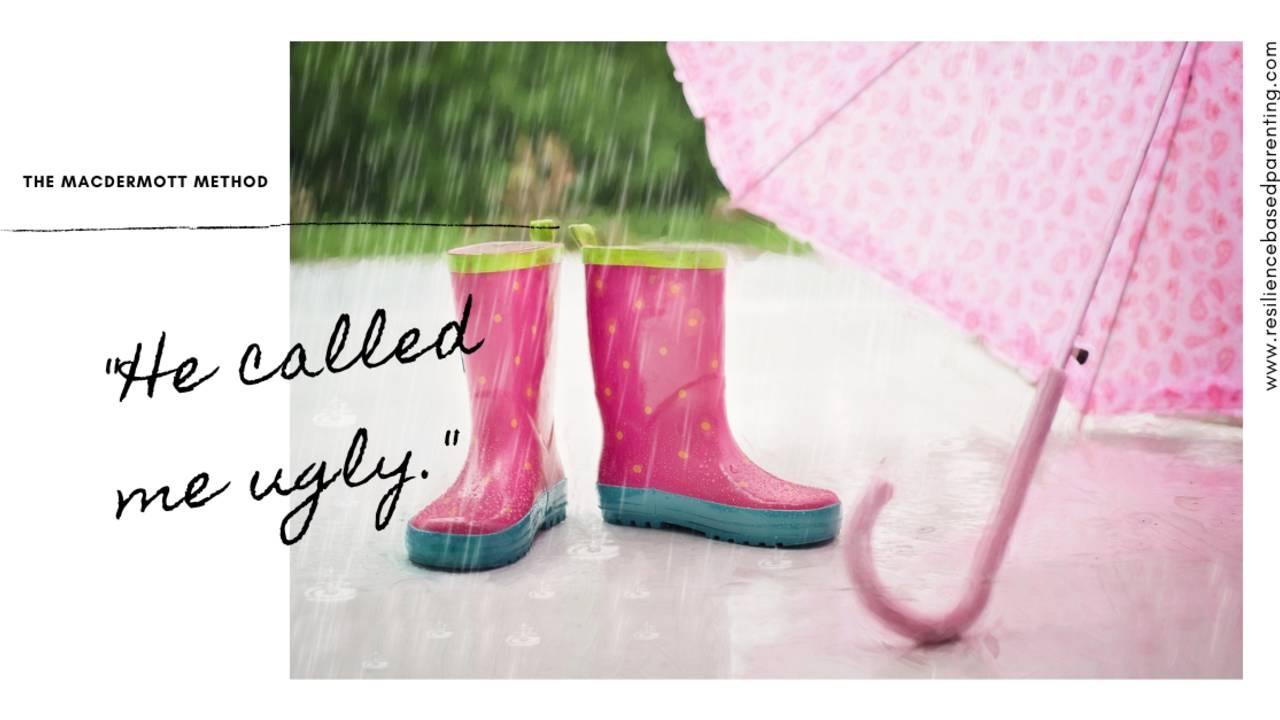 When a classmate insults your child, what should you say?

I have a fundamental belief that people—including children—appreciate being leveled with. They feel more confident when they are given an accurate representation of reality. On the flip side, they feel unsure when they are given bogus information.
You need not look much further than your own children to see evidence of this. Children learn to spot a parent’s gush at an early age and, the older they get, the more they realize that Mom and Dad see them through rose-colored glasses—glasses that the rest of the world isn’t wearing. The more often Mom and Dad's words conflict with reality, the less likely their words will have any power.
So as painful as it is when someone says something unkind to a child of yours, your best bet is to level with your child. Postpone the gushing and the over-the-top praise, which reminds them that you love them, but gives them little...
Continue Reading...

When Children Have Big Emotional Outbursts 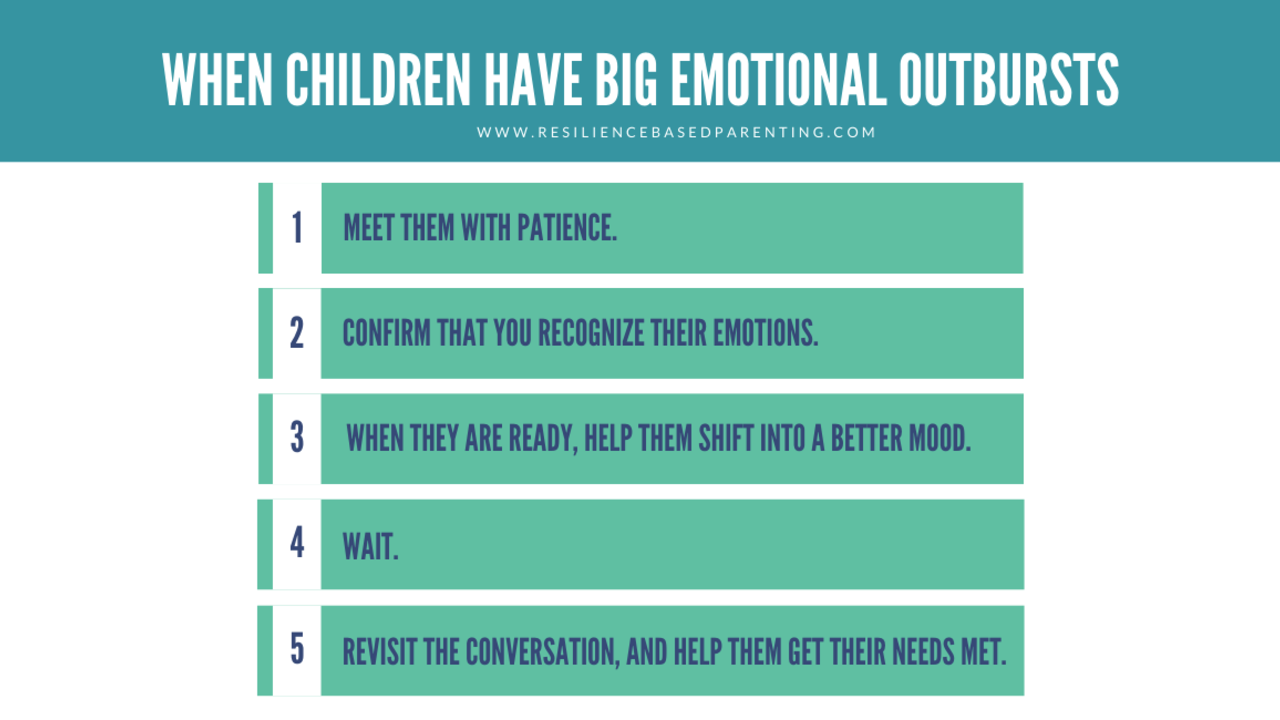 It's hard for anyone, much less a child, to take constructive feedback and listen to reason or act in a way that is logical when they are flooded with negative emotions.

You likely have personal experience with this—when you've been so upset that you just couldn't think straight.

There is science to this—a reason you cannot think straight when you're flooded with emotions.

Your thoughts and your emotions always match.

When you are experiencing a huge, negative doomsday, destructive emotion, you are naturally flooded with equally catastrophic thoughts.

When you understand that it isn't possible to have a reasonable discussion when emotions are running high, you can change your approach... 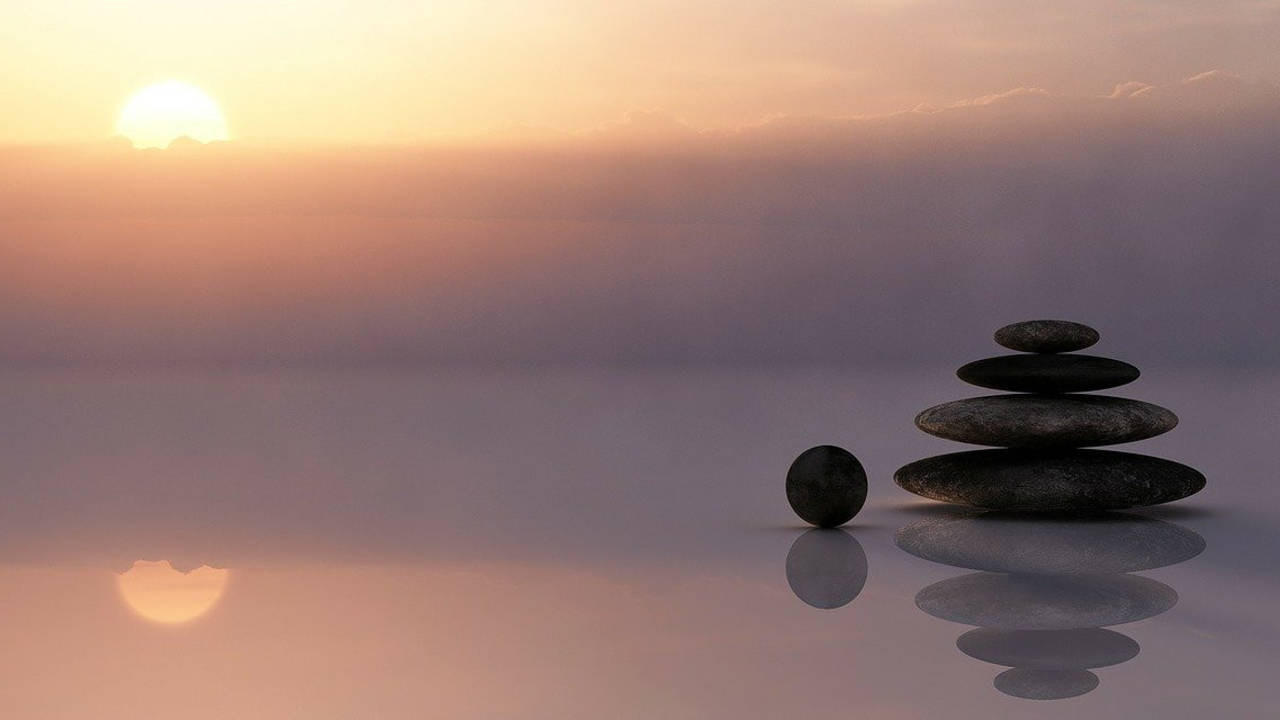 What if the child later struggles with weight?...

Talking to Your Teen About Self-Esteem 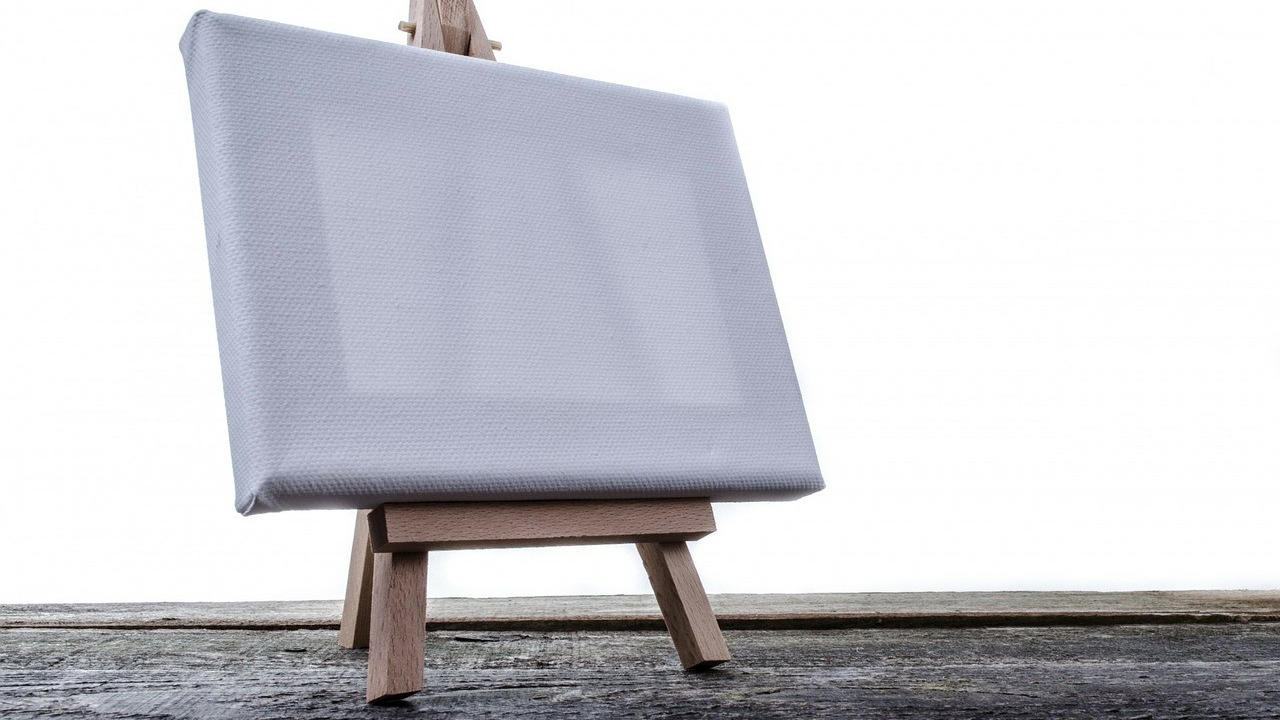 Most parents try to combat teenage insecurities by telling their children that they are lovable and perfect just the way they are. This doesn't work. The truth is that we all have to earn our own self-worth, and parents need to teach children the skills to do this.

And, yet, they don’t believe us. They feel like outcasts. They worry that they are not enough. They wonder what is wrong that they do not love themselves. They even feel guilty for not loving themselves.

And here is why: The truth is that we all have to earn our own self-worth. If your teenagers want to feel worthy and lovable, they have to believe that they are living up to their own standards of worthiness and lovability. They have to earn their own love. Believing that they should love themselves is not enough. They must decide what... 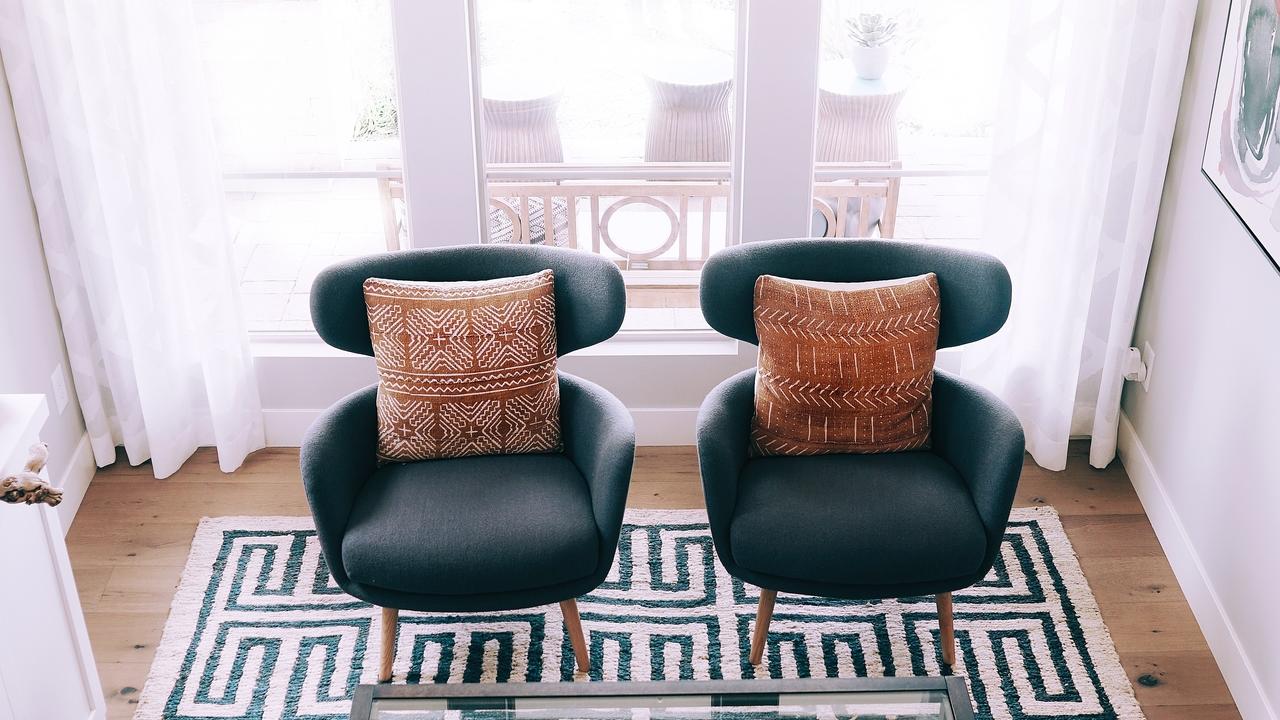 As much as we might wish to avoid it, arguing with our spouses in front of our children happens.

This does not mean we are bad parents. In fact, if we can remain calm and respectful during a disagreement, it can even be healthy for children to witness us work through a touchy subject—especially when there is a resolution on the other side.

When couples have healthy rules of engagement for conflicts, children are able to form healthy conflict resolution models for themselves.

If you can achieve some (or sometimes all) of this, you are a conflict resolution rock star.

But what happens when parents get into a fight they wish their children hadn't seen? 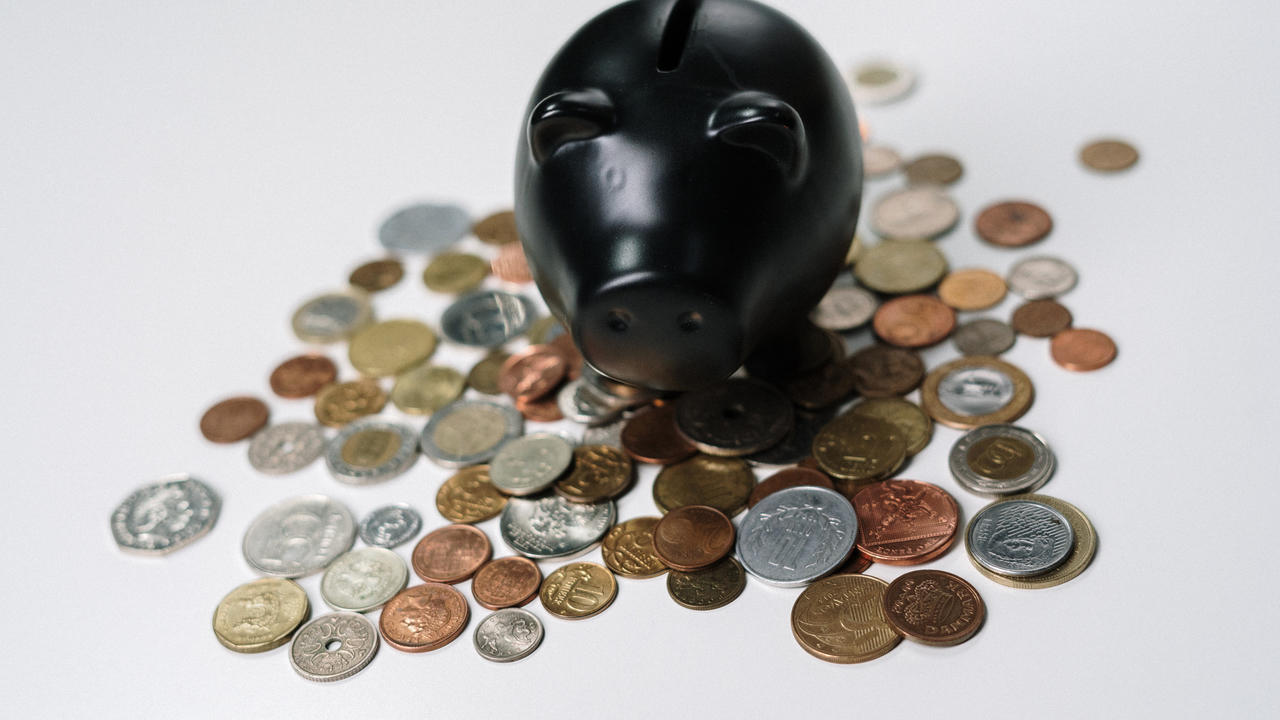 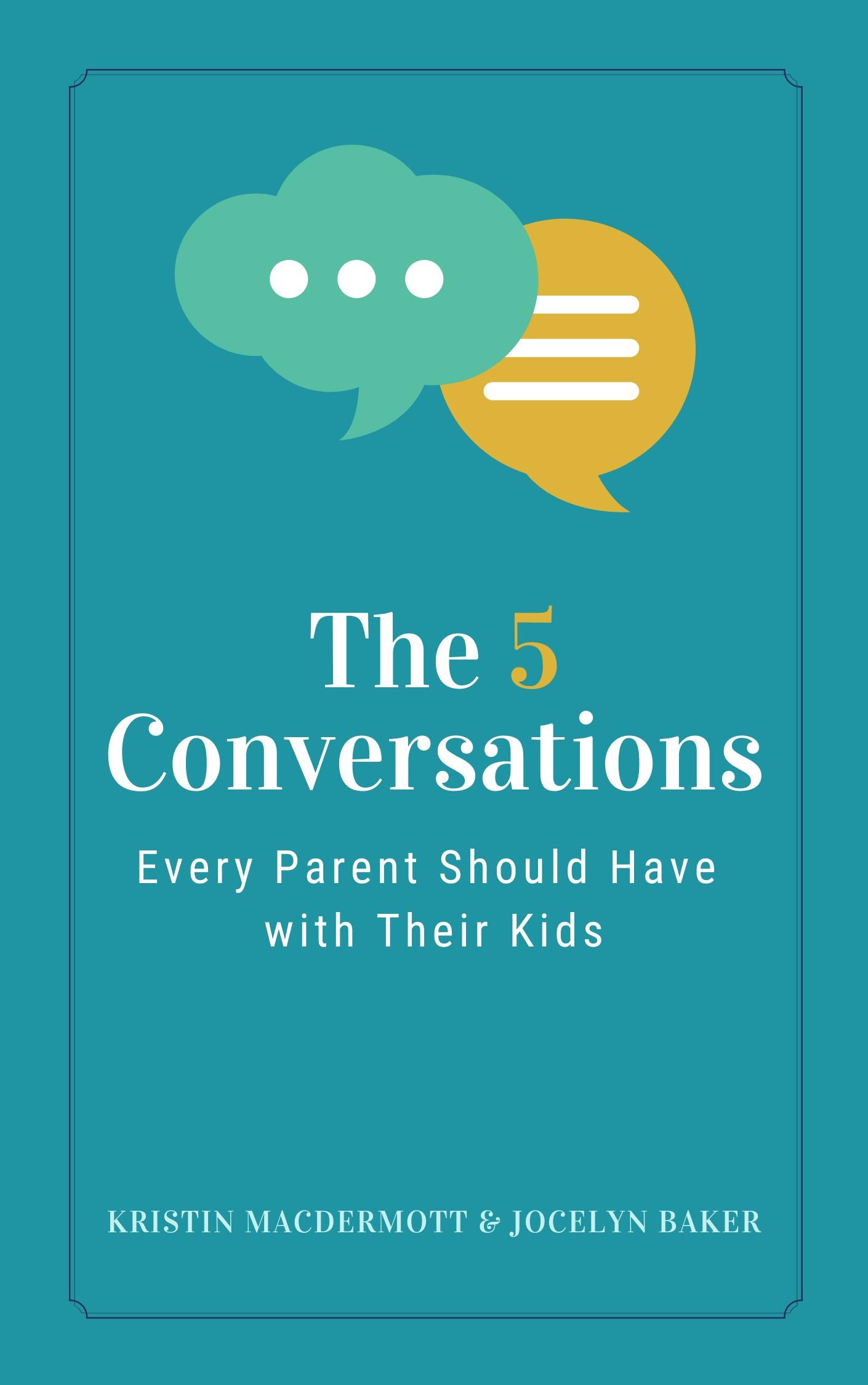